We protect your family and pets from harmful pests that invade family homes year-round with SAFE treatments. Our treatments are of high quality, using government-approved products authorised for family homes in Victoria. We apply our treatments in accordance with strict guidelines using fully licenced and insured technicians.

Our Melbourne pest control treatments will kill spiders when with direct spraying during the application and when they rest down onto a treated surface. It’s not possible to eradicate every spider from the environment however the treatment will eradicate infestations and provide lasting control. 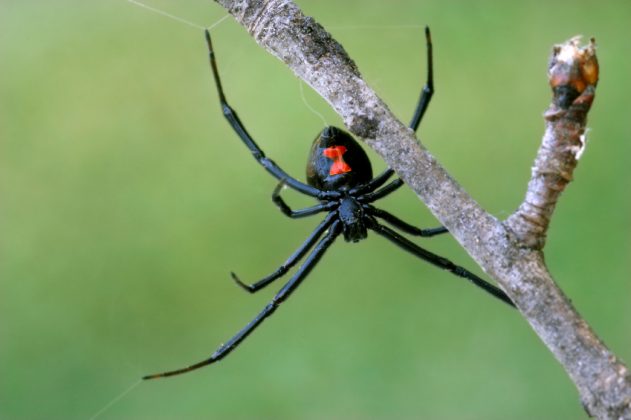 Safe Spider Treatment by the Experts

Typical household Spider Treatments involve application of an insecticide dust to the roof void and under the building (if access is available). Internal skirting boards are sprayed along with any other likely hiding places such as under furnishings. The external building perimeter walls, eaves, window frames, verandahs and fences are treated.

General spider treatments will mostly affect web spinning spiders, since we are able to sight the webbing and apply pesticide directly to their harbourage and webs.

Nomadic spiders such as Huntsman and White-tails do not have webs. Spiders are affected when a pesticide is absorbed through their body surface (Cuticle). Therefore when we apply residual chemicals to surfaces we cannot rely on these Nomadic spiders coming in contact with the spray unless they rest down on the treated surface. 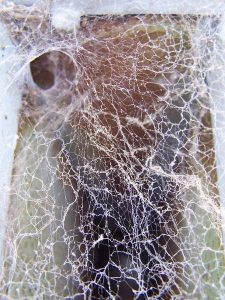 In Australia, there are about 2,000 described spider species. Even though most spiders are not aggressive, they may bite in self-defence if frightened, threatened or accidentally touched.

Spiders use venom to subdue their prey. Occasionally, this venom is used against a human in defence. Spider fangs are often unable to penetrate the human skin. However, some spiders that can bite humans may inflict painful and, in rare cases, dangerous bites.

Spider venom consists of a complex mixture of chemicals of biological origin. In humans, the effects of spider venom usually only cause localised pain and swelling, but may include:

Spider eggs are laid into a silken sac, with more than 100 eggs in each sac. They may be fixed to a surface, hidden in the web or carried by the female. If egg sacs are fixed indoors there will soon be more spiders around.

Despite their often large and hairy appearance, Huntsman spiders are not considered to be dangerous spiders. As with most spiders, they do possess venom, and a bite may cause some ill effects. However, they are quite reluctant to bite, and will usually try to run away rather than be aggressive. In houses, they perform a useful role as natural pest controllers.

Do White-tailed spiders cause the skin condition known as necrotising arachnidism?

There is an ongoing debate among toxicologists and spider biologists about the effects and dangers of white-tailed spider bites. Most of these bites appear to cause little or no effect beyond transient local pain. However, a small number of cases do cause more extensive problems. Whether this is a result of the spiders’ venom or to bacteria infecting the wound at or after the time of the bite has not yet been resolved. It is also possible that some people may react badly to a white-tailed spider bite, possibly because of immune system susceptibility or a predisposing medical condition.

Are Daddy-long-legs the most venomous spiders in the world?

There is no evidence in the scientific literature to suggest that daddy-long-legs spiders are dangerously venomous. Daddy-long-legs have venom glands and fangs but their fangs are very small. The jaw bases are fused together, giving the fangs a narrow gape that would make attempts to bite through human skin ineffective.

However, Daddy-long-legs Spiders can kill and eat other spiders, including Redback Spiders whose venom can be fatal to humans. Perhaps this is the origin of the rumour that Daddy-long-legs are the most venomous spiders in the world. The argument is sometimes put that if they can kill a deadly spider they must be even more deadly themselves. However, this is not correct. Behavioural and structural characteristics, such as silk wrapping of prey using their long legs, are very important in the Daddy-long-legs’ ability to immobilise and kill Redbacks. Also, the effect of the Daddy-long-legs’ venom on spider or insect prey has little bearing on its effect in humans.

Pest Problems? Get In Touch!

Send us a message with your pest control needs and we'll give you a call to answer any questions and arrange a booking.

We’ve helped people just like you with everything from pest prevention to dealing with large infestations, right across Melbourne’s eastern suburbs. What did they have to say about working with Cannon Pest Management? Read some of our 50+ five star reviews to find out!

First contacted Sean a year ago when needing someone to deal with spiders and cockroaches at our previous house. He impressed me as someone well-experienced and knowledgable…

After thorough research, we engaged Sean from Cannon Pest Management to eliminate spiders from our family home. …Sean was family (and pet) conscious in his approach, and delivered a quality, affordable and highly competent service…

Australia has some of the most feared spiders in the world – and Melbourne is no stranger to them. Here are the most common spider control questions people ask our team.

What is a spider or general pest treatment?

Spider and General Pest treatments are targeted at webbing-spiders and general crawling insects around your home. We don’t consider ants as a general pest because ants are much more complicated in regard to applying an effective treatment. The General Pest treatment works by applying residual liquid insecticide on the surfaces of your home and applying an insecticide dust into accessible void areas. When spiders and crawling insects travel over the treated surface, they pick up tiny insecticide particles on their body which eventually they will die from.

How often should I have Spider treatment done?

This depends on the environment surrounding your home and suitable habitats for spiders. If you have heavy vegetated gardens and stored items stacked around your home, then you will have more spiders. If you spend a lot of time outside entertaining in summer with external lights that attract flying insects, then you will have an increase in spider activity due to an abundance of food. In general, we recommend at least annual General Pest treatments to control infestations. If the environment you live in is very attractive to spiders as mentioned above, then you should consider treatments every 6-months.

How long do spider or general pest treatments last?

This depends on so many different variables. Some things that impact the life of a treatment are weather conditions, the environment surrounding your home, the skill of the technician applying treatments, the home occupants interfering with treated surfaces, such as washing surfaces with high pressure water or mopping away treatment on floors before the treatment has had time to take hold. In general, we expect that a treatment will provide at least 6-months effective management of spiders and general crawling insects.

Will I see spider or crawling insects after a treatment?

Is a chemical treatment safe for my family and pets?

Pesticides can be dangerous when applied incorrectly and not in accordance with the product label directions. There are exclusion period requirements for people and pets to remain away from treated areas until liquid products have completely dried. By engaging us you are assured that a licenced pest control technician will carry out a treatment that is safe for your family and pests.

What should I expect following a Spider or General Pest treatment?

You can expect that large numbers of spiders and crawling insects will be reduced around your home. You may see some spiders or insects following a treatment however the treatment will continue control them. We aim to remove an infestation and provide on-going management for at least a 6 month period. Some customers experience up to 12 months prior to needing a new treatment.

Do I have to prepare our home for a Spider or General Pest treatment?

Yes, there is preparation needed prior to applying treatments in and around your home. We provide instructions once a booking is made.

Do you provide a warranty with your treatments?

We don’t provide warranties with spider & insect treatments, we provide “Free Service Periods”. The word ‘warranty’ leads people to believe that the treated pest will not return for a set period of time. We can’t eradicate nature; we manage pests around your property. If you experience a return of a moderate number of treated pests around your property, we will return within a 6-month period to re-treat the locations where pest activity has returned.