5 Important Differences Between Mice and Rats 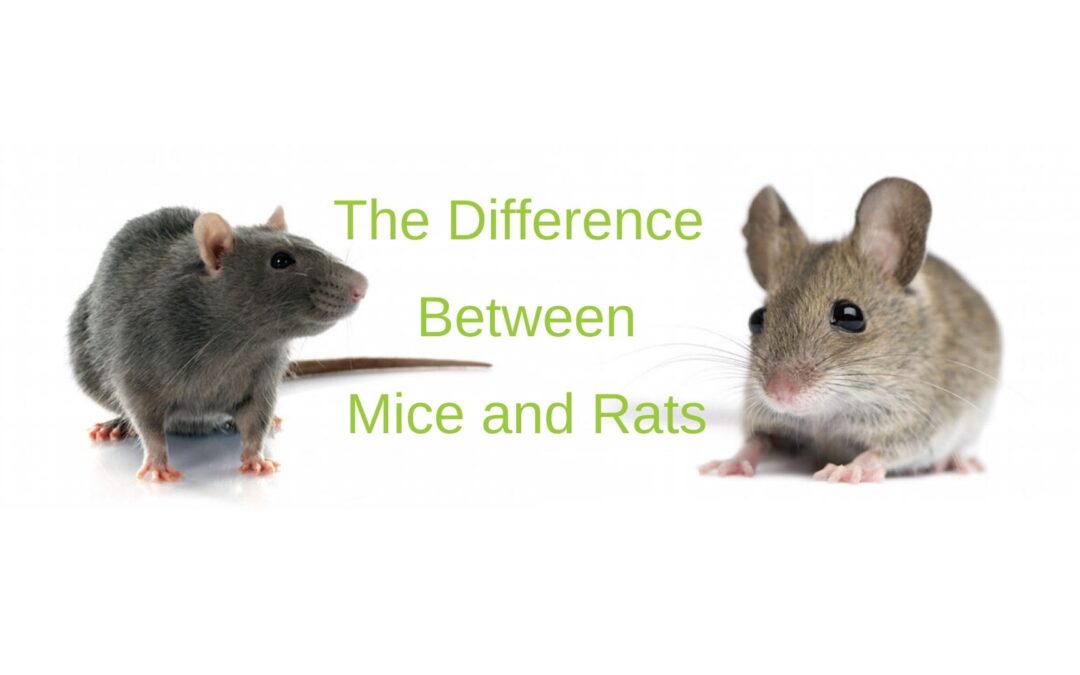 “Aaaargh! A mouse!” “Aaaaaaargh! A RAT!!!” Whichever scream you hear coming from the bathroom or kitchen, you know you have a big problem. But apart from the fact that the volume of the scream might be louder or softer, do you really know the difference between mice and rats? And do those differences really matter? Let’s investigate!

What is the difference between a mouse and a rat?

Whether it’s a mouse or a rat or one of the other 1000 rodent species creeping and crawling all over the world, you probably don’t want to share your bedroom with them.

Sure, they’re all similar: little beady black eyes, whiskers, sharp incisors, a tail, and a tendency to try to live where you live. But all you may have noticed so far is a creepy-crawly sound when you’re trying to sleep, damage to your home or property, nasty smells, or tell-tale droppings.

Here’s the truth: You probably have mice or rats at your place. But does the difference even matter?

Firstly, YES – the difference does matter. Because no matter what you’ve got lurking and breeding at your place, they can cause damage, nuisance, and pose a risk to your family’s health. But to dig even deeper, we’re going to have to explore the difference between rat and mouse characteristics:

Let’s get RAT into it:

When it comes to the difference between mice and rats’ characteristics, size does matter – and a rat can tip the scales at 40cm or more. Mice tend to be between 12 and 20cm, but don’t forget that a baby rat and an adult mouse can be harder to tell apart.

In the mouse vs rat battle, it turns out that both eat animals and plants, making them omnivores. But the bigger and heavier rat will eat more, meaning they’ll seek out bigger meals like meat, pet food, fish and (yes!) even cheese.

Mice prefer a healthier diet including fruits, vegetables, and nuts, but they’ll also eat what a rat will eat – including dead mice and rats! Ew!

The long tail is a distinguishing feature of both rodents, and while a rat tail is objectively longer, the tail of a mouse is longer compared to the rest of its body.

Whether mouse or rat, prepare to be horrified.

During a female mouse’s approximately 2 year lifespan, she will produce between 200 and 300 offspring – and the little ones will start mating just a month or so into their life.

But that’s nothing compared to rats. In just a year, one single rat duo can produce over 2000 descendants.

Now those with squeamish stomachs have passed out, closed the article or left the room, we can talk about rat and mouse droppings.

It will be no surprise to learn that in the rat vs mouse droppings battle, both come out as completely filthy – and (also unsurprisingly), rat droppings are bigger, measuring up to 1cm. But you’ll also notice that rat poo has more rounded ends, compared to the 4-7mm in length pointier mouse droppings.

Rats vs mice – which one wins?

As we said, both rats and mice are completely gross. As well as running around on your kitchen benches and in the cupboards and drawers and on the clean plates and cutlery, they’ve also been roaming in bins and sewers, eating decomposing filth and covering themselves with harmful bacteria.

But they can also damage your house and belongings, with mice able to chew through wiring and cause fires. Rats, though, are incredible. Their big, strong teeth can munch through wire, metal, and concrete. In other words, it’s a bad idea to not take a rat or mice infestation very seriously.

And you’re going to struggle to get rid of either of them with a mere mouse trap or baits, which can be dangerous to your kids and pets.

Luckily, pros like Cannon Pest Management know exactly what to do when it comes to rodent pest control in Melbourne. So to make sure your home, business, and family are all safe from the hazard, nuisance and utter destruction of these little and not-so-little critters, call now for a free quote!

Our top rated Melbourne pest controllers are ready to help you with any pest problems.